Recently, with the introduction of Angular 2, you may have heard a lot of discussions and read many articles comparing Angular to React. Comparing the two can be confusing and it’s important to understand the basics of each before making a decision on which to use for a project.

To start off I want to simply state: Angular is a framework and React is a library. Let’s talk about the meaning of those words first, before we dive into the differences.

“In computer science, a library is a collection of non-volatile resources used by computer programs, often to develop software. These may include configuration data, documentation, help data, message templates, pre-written code and subroutines, classes, values or type specifications. In IBM’s OS/360 and its successors they are referred to as partitioned data sets.”

Again, it’s important to reiterate that, yes, Angular is a framework and React is a library. Comparing React to Angular (any version) is like comparing apples to oranges. Angular is designed as a front-end framework. React is a library and much less intrusive in terms of the features offered. While these difference may seem to make a comparison between the two somewhat challenging to conduct, there are enough similarities between the two to drive a good discussion on the advantages and disadvantages of each.

Let’s recap what React is:

React is a Javascript web library created by Facebook with the main idea of building responsive and performance UI. It was built with the idea of solving a common problem: working with large data sets. React uses the virtual DOM and re-renders only dirty sections of the DOM when a change occurs. This can be an impressive improvement in speed compared to frameworks like angular 1.x, which treated the DOM more holistically.

This second version adds many improvements that were introduced in Angular 1. Angular is more oriented towards creating reusable front-end components. This is possible thanks to the reliance on $scope and controllers. The directives are simplified, making Angular 2 code more readable and concise when compared to Angular 1.x. Also, Angular 2 is intended to be used with TypeScript, with the idea of removing the enforcement of type safety.

As I said before, comparing is difficult, but let’s look at some things that can help to define what’s better for us or our team. Angular 2: The team of Angular opted to focus on the framework and left the vendors to supply this functionally.

React:  On the other hand, React Native is a framework designed to translate React code into a native application experience. This adds significant performance improvements over more traditional hybrid web apps.

One of the biggest differences between Angular 2 and React is the size of the js files. This is mostly due to the fact that React is just the frame until you beef it up with some libraries, while Angular 2 comes with much more to work with off the bat. Even with suggested libraries added to React, it is still almost 4 times smaller than Angular 2.

Here is a table comparison with basic functionality:

Again, as you can see, it is important to remember that Angular is by Google and React is by Facebook. Now, let’s take a more in depth look at the attributes:

As you can see, React.js is better established now and does not involve learning a new template syntax like in Angular. Developers can simply use vanilla JavaScript (together with JSX) and this is considered as a great advantage by many. In general, both have many advantages and disadvantages.; therefore, it depends on project requirements as to which is the best option for you or your client.

Gorilla Logic hires only the best software engineers. Think you have what it takes to be a Gorilla? Check out our careers section and follow us out on linkedin. 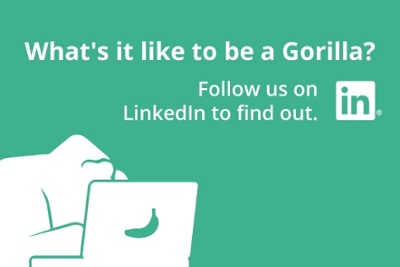 How to Use Google Tag Manager: A Tutorial